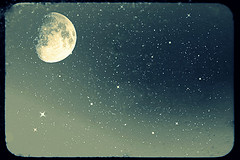 I am a fan of the podcast Writing Excuses, so much so that I camped out on the computer to snag one of the 30 seats in their inaugural Out Of Excuses Writing Retreat in 2013. I learned a lot from Brandan, Dan, Howard and Mary that week, and each week on the podcast, so when they announced that season 10 (aka 2015) would be a Master Class in writing via podcast, I was excited.

I have decided to do my exercises here, as reporting them out should keep me accountable. The first assignment can be found here: http://www.writingexcuses.com/2015/01/04/writing-excuses-10-1-seriously-where-do-you-get-your-ideas/ , and if you are of the inclination, go listen to the show. I have found it great for writers anywhere along their journey.

So, I’ve been mulling over these for a few weeks, since I listened to the episode, and am finally getting them written down.

Writing Prompt: Write down five different story ideas in 150 words or less. Generate these ideas from these five sources:

From an interview or conversation you’ve had

In the future kids play together via holograms, scheduled playdates happen when kids are alone/ go on pause when real people enter the room. In a pair of playmates one kid is going on holiday, so the playdates are suspended. When he returns, the holo-playdates resume. The other kid is more reserved, quiet, but they still play. Over time other holo-playmates leave, but these two keep meeting everyday, like clockwork. The first kid gets the second kid more involved in playing, and interacting with him (taking turns telling stories, etc). Suddenly the dates end, and the first kid finds out the second kid had been in a coma since the trip, and the family neglected to cancel the dates (resumed after first kid’s trip automatically). The holo-dates were the only interaction the kid in the coma had, fed from his imagination to the holographic image, and this has enabled him to break out of the coma.

A group of wealthy folks, trust-fund kids and the type who don’t have to work for a living, have ongoing competitions to outdo one another. Someone convinces them to adopt children as one of their follies – to prove that it is nurture, and not nature that causes the kids to succeed. It could be that one (some) of the kids who are adopted are the ones who planted the idea, so they could get out of the foster care system. Phrase “Adopting a kid is not like adopting a puppy – you can’t just hire someone to take him for walks when you get bored of it”

People are all AIs, really, and the goal in life is to discover your underlying code from the many base code blocks, but also to discover the viruses and changes to code that affect you. When you achieve this enlightenment, you are able to pass on beyond your bound form, which is defined by the code and viruses/ abnormalities, into the next level of life.

From observation (go for a walk!)

In the belief system of animals of the story, the soul/ self only goes on if you are eaten. These are prey type animals, not predators. If an animal is sick/ dying of old age, does not seem like they will be eaten/ fed back into the great circle, they make a trek to the path of the god-monsters, wander into this path to try to be eaten/ consumed/ life taken away by the god-monsters to not succumb to a worthless death. The story follows one animal accompanying their dying sibling, trying to get there so he can sacrifice self to god-monsters. From an outsider perspective, this re-frames roadkill, as the god-monsters are cars.

From a piece of media (watch a movie)

A world where humans and animals have closer interactions. The MC is a woman who feels like coyotes judge her life, her work, her actions. She may not be wrong. She must try to justify herself to the animals, that her life is not as dire and bad as they think it is – to break free and live the life she truly wants to live, rather than trying to live up to the impossible expectations of the animals.

From a piece of music (with or without lyrics)

The main character is a custodian of fine things – the moon and all the stars in the heavens, and he is not allowed out of service until all are cleaned. His master is a goddess who gave him this impossible task to keep him around – she cannot admit she is in love with a mere mortal, and he will die if he leaves her realm, so she has given him this task to keep him here, though they can never be together.

Other nuggets that did not get full ideas: