Thoughts on Diversity and D&D

Last month I attended/ worked at the Writing The Other Workshop/Retreat (more on this later -[yes,  I’ve said this before, and I promise it will eventually get it’s own review post]). One of the participants from the retreat pointed out to the group that the new basic rules for Dungeons and Dragons (released by Wizards of the Coast) has a paragraph that deals with gender identity and sexual orientation (two of the areas we discussed when talking about “other” at the workshop):

“You don’t need to to be confined to binary notions of sex and gender. The elf god Corellon Larethian is often seen as androgynous or hermaphroditic, for example, and some elves in the multiverse are made in Corellon’s image. You could also play a female character who presents herself as a man, a man who feels trapped in a female body, or a bearded female dwarf who hates being mistaken for a male. Likewise, your character’s sexual orientation is for you to decide.”

I was very pleased to see this, but in the days since it was posted, I’ve had some time to think about it – although the earlier versions of the D&D rules did not address gender identity or sexual orientation in this manner, that certainly didn’t stop my group from creating characters that may be identified at various places along the spectrum(s). A few examples from characters I created. 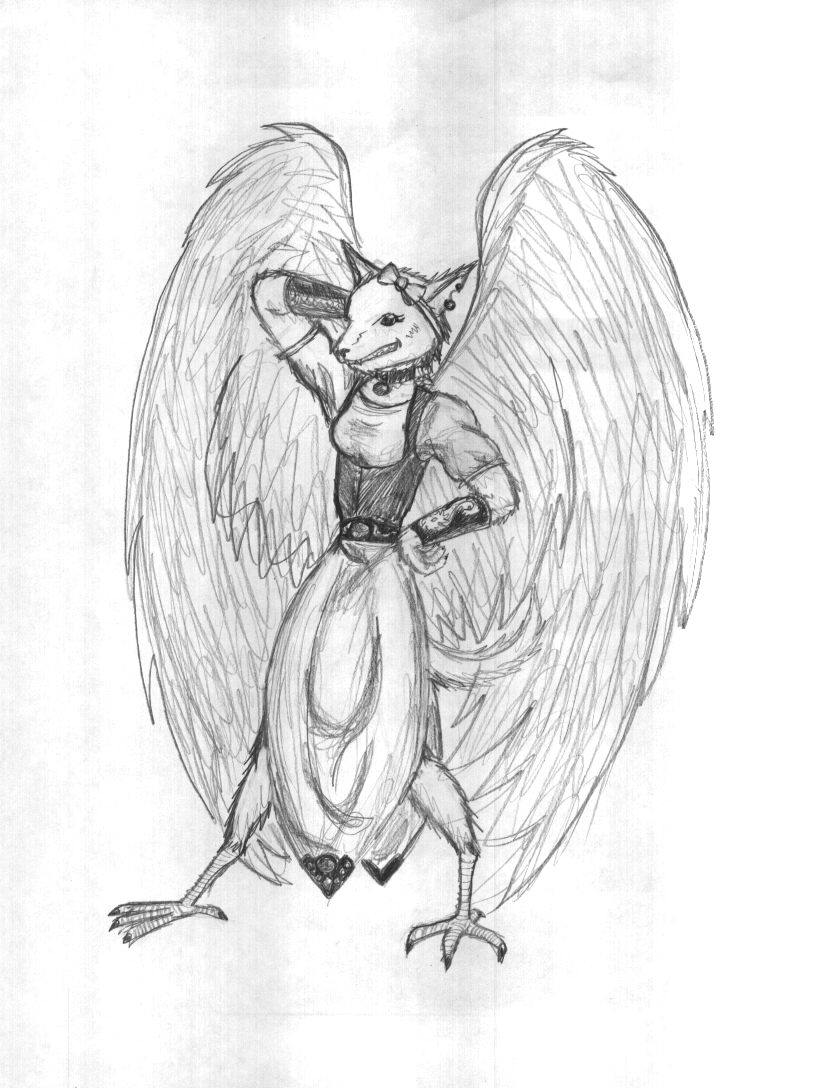 Biologically Neuter character Weylyn, identifies mostly as male, but can pull off a dress rather well. (Picture (c) Anne Melson, used with permission of creator)

So, while I think it is cool that the newest D&D rule books are addressing more diversity than the different races available to play, I feel even more fortunate to the various DMs that allowed and encouraged us to play our characters in whatever manner we felt was the truest representation of the character – even if it meant figuring out house rules for the game mechanics.