It’s been a while since I’ve done one of these posts. Hell, it’s been a while (6 months) since I made any post. I’ve felt pretty good and balanced, just with no desire to create – my writing has fallen by the wayside, as has blogging and other creative ventures. I’ve also noticed my efforts to hang out with my friends have fall off. I’ve been content to read, watch shows on Netflix, and occasionally invite folks to my house for board game days.

Oh and getting upset and pissed off and generally feeling hopeless at things posted on Facebook. Because so far this year has sucked – politically, with shit going down that is dragging us backwards in terms of the environment, health care, international standing, rights for LGBTQ+, women, muslims, brown and black individuals (particularly in case of police overreacting to situations with these folks) – basically it feels like anyone who isn’t a wealthy , cis-het, able-bodied, white, christian, gun-owning male has reason to fear getting overlooked by the government at best, or at worst screwed over or killed.

And if feels like it is happening all because those in charge want to tear down anything done by our previous president, a black man. 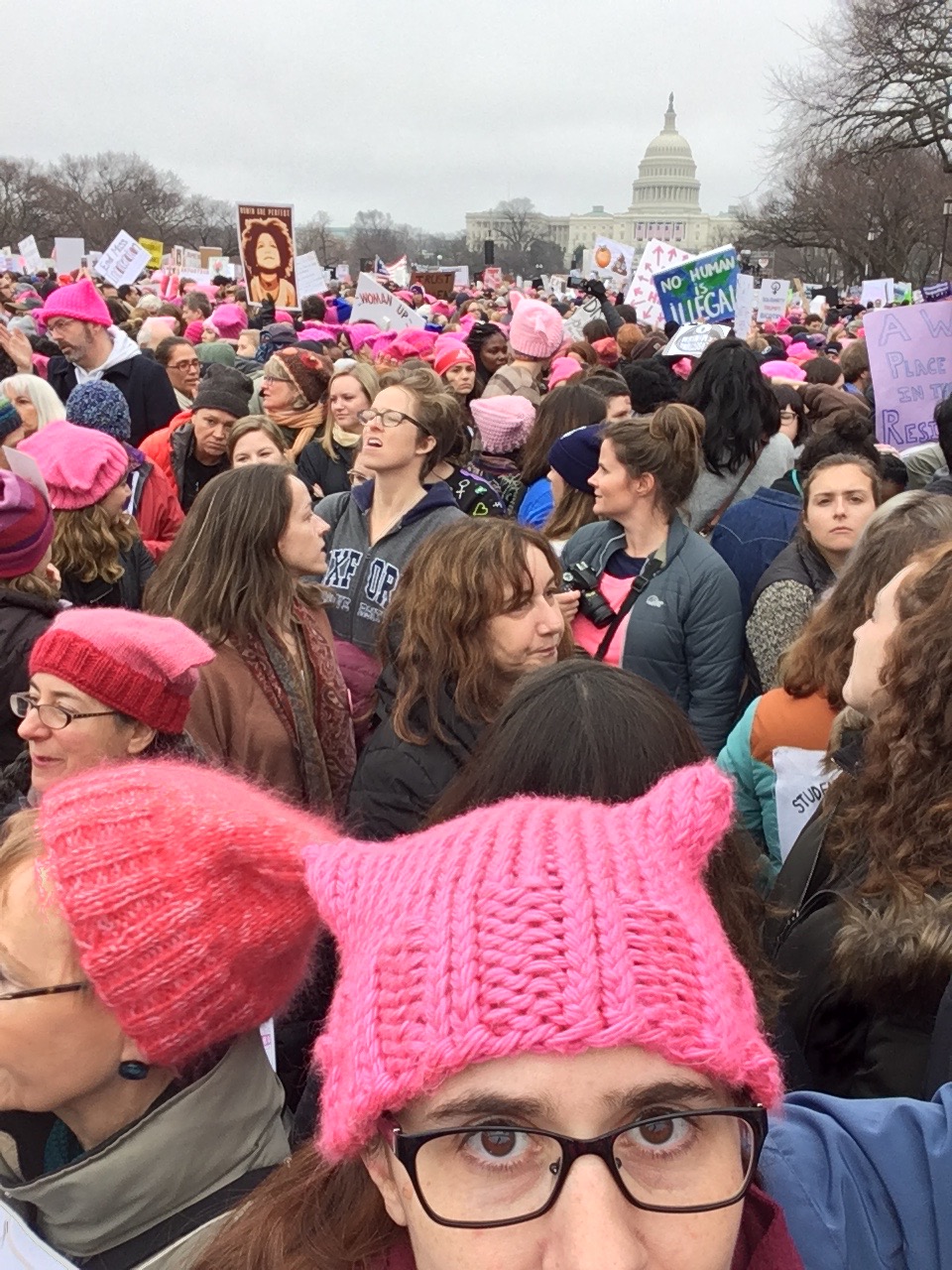 Me in a pink pussy hat in front of the capital building at the Women’s March on Washington this past January.

I’m pissed, I’m discouraged, I’m disheartened, and I feel impotent. I marched in Washington in January. I went with some really awesome women who have continued to meet, and have made regular calls to our representatives and senators, and have joined local activist groups (though some may have been part of them prior). Women who have basically kept working to make a difference. Me? I worry, and sometimes I repost things on Facebook.

Trying to unpack why I’m not more involved like the folks I know, I’m coming to a few realizations:

The post is a “Lies Depression Tells Me,” and I know that part of the reason I sit in my complacency is because of the depression. Or, in the very least, I can blame it on the depression, and fear of it.

And it sucks, and I’m not proud, and I feel like I want to change, but the fear of making my mental health tip back to the unbalanced side is holding me back. And then I look at my lack of desire to do anything but the light fluffy consumeristic activities I’ve been doing, and can’t help but wonder if I’m just hiding because it’s easier, or if my depression has gotten sneakier about impacting my life, since I’ve built up defenses against it’s other messaging.

And I can’t help but wonder if the voice telling me that my efforts won’t make a difference anyway and that if I act, and that acting would impact my mental health for the worse are just my depression being tricksy. Because depression it like that – and it doesn’t always look like what you expect, but it always lies to you about what you are capable of, and I am f’n sick and tired of it, already.