Florida was just trounced by Hurricane Irma. She meandered, dragging predictions along with her, but the sheer size of the storm meant impacts for the entire state, regardless of where the eye of the storm ended up.

We live in the center of the state, nearish the panhandle, and about half-way between east and west coast in the peninsula. To see where we are, I took this screen capture of a map of Florida. I apologize if the state lines are a little obscured. Irma photobombed the image. 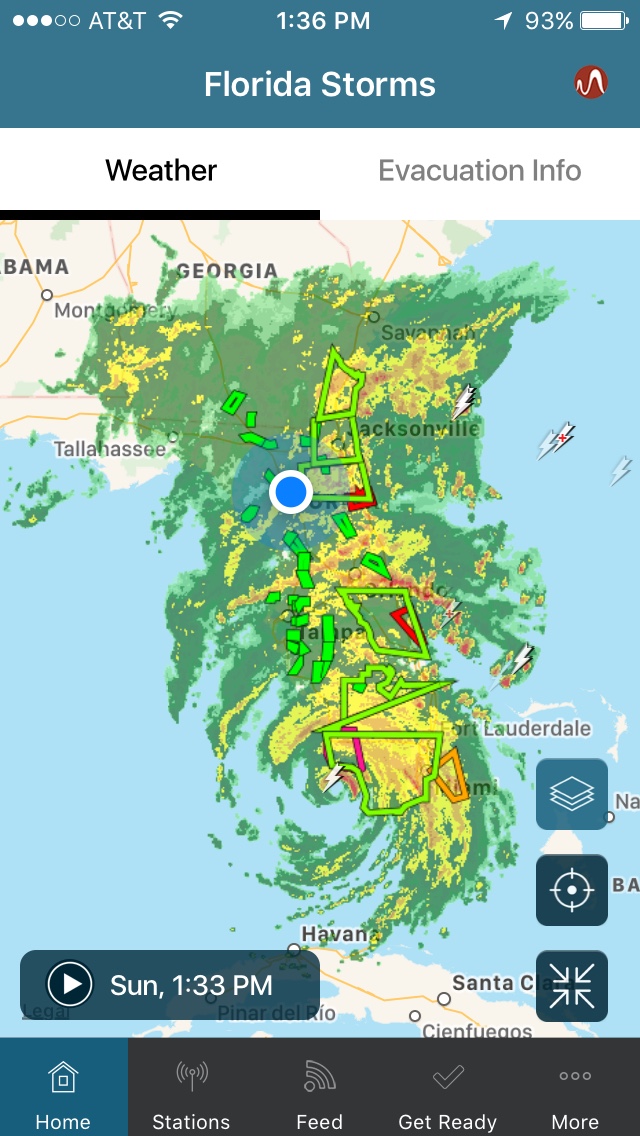 Screen capture of Gainesville on Sunday, 9/10, as Irma rode up the state

Typically when hurricanes come across Florida, the most we get in Gainesville are tropical storm winds. Because of the size of Irma, and the fact that the path in earlier predictions had her riding up the center of the state, we were preparing for worse. We got word on Thursday evening that our Governor was calling for all schools K-12, college and university, to be closed Friday through Monday. As the storm slowed down, it was extended through Tuesday (today). Tomorrow we go back to work at the University of Florida, though classes don’t resume until Thursday. 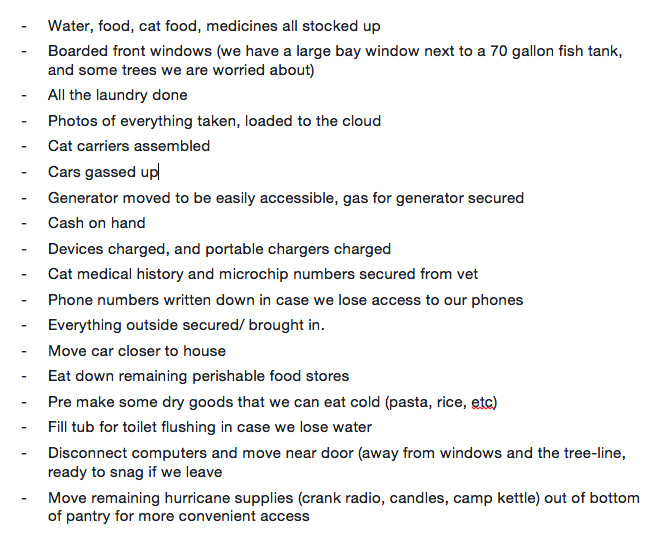 Our hurricane prep checklist for Irma.

One thing I have always said, and still believe, is that I would prefer hurricanes to other natural disasters (tornados, earthquakes, wildfires) because at least with a hurricane, you know it’s coming. Well, you have a pretty good idea that it is headed your way. Irma is the latest example that you can never actually know what the final path of the storm will be until it is done.

So we prepared the best we could, which was, in my opinion, pretty damn thorough given our location in the state. What they don’t tell you about hurricanes, however, is how boring the lead-up to them can be.

Once everything is bought, and you hunker down, knowing the winds and rain are coming but no sure when, knowing you’re going to lose power, but not when or for how long, all you can do is wait. Well, that and check Facebook obsessively to get updates from others who are hunkering down, and the storm path, and what impacts have been felt already. Of course I had entertainment prepped for when the power went out (writing letters, reading books, critiquing stories I’d saved on my tablet). But dang it if I wasn’t going to save those for the power going out. So Saturday I bought and watched the 10th season of Doctor Who on Amazon Prime, because I still had power, and wasn’t going to waste that entertainment that I would need once the power went out.

Picked up most of the down branches for pickupThing is, the storm came through our area mostly on Sunday night/ Monday morning. My hubby tells me the power went out a couple of times in the night, and the winds were bad. There were sounds like transformers popping, and branches falling, and I slept through the night. Monday it was still raining, a bit, then in late morning it switched to winds, with gusts up to 50 mph, but lessening to 24 mph guts as evening came on. We lost power for a full 30 minutes around 1pm, but I was settling for a nap, and missed that, too.

As the winds died down, we called and texted and messaged friends and family to see how they fared. We are fortunate – the worst we had among our group was power out for a day, and one couple who had two trees down – one from the neighbor’s yard that fell, missing their house, and stopping above their fence; the other clipped the shed in the back yard, but again, no damage to the house.

And so we pick up the small branches that fell in our yard, eat more of the pre-made food, offer our house for those still without power / hot water for showers, and take a breath before we go back to the reports and see what this Hurricane Jose is about. 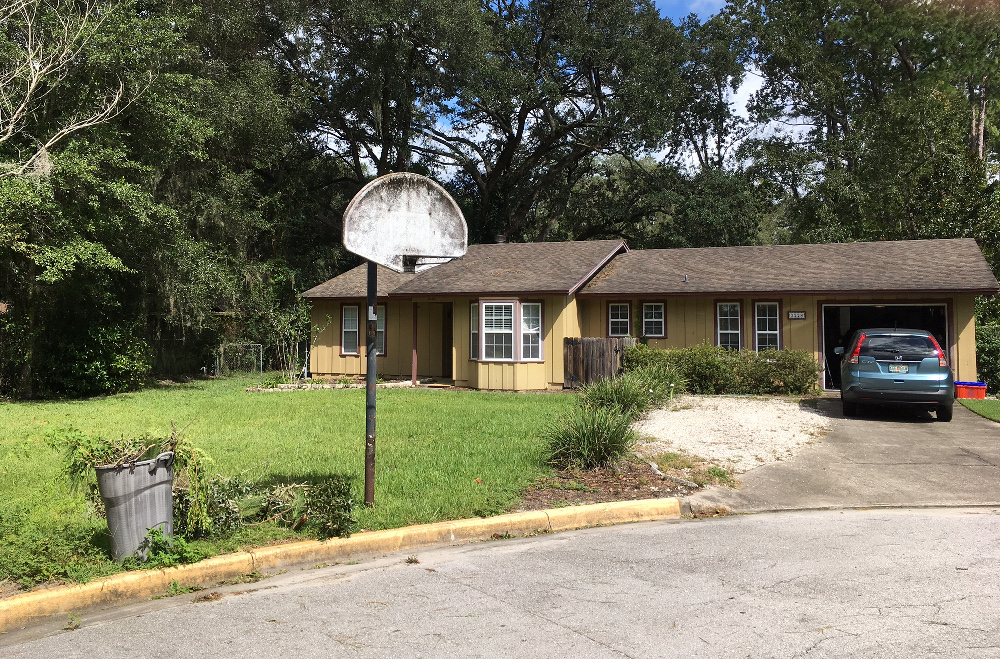 Most of the branches Irma tossed around waiting for pickup