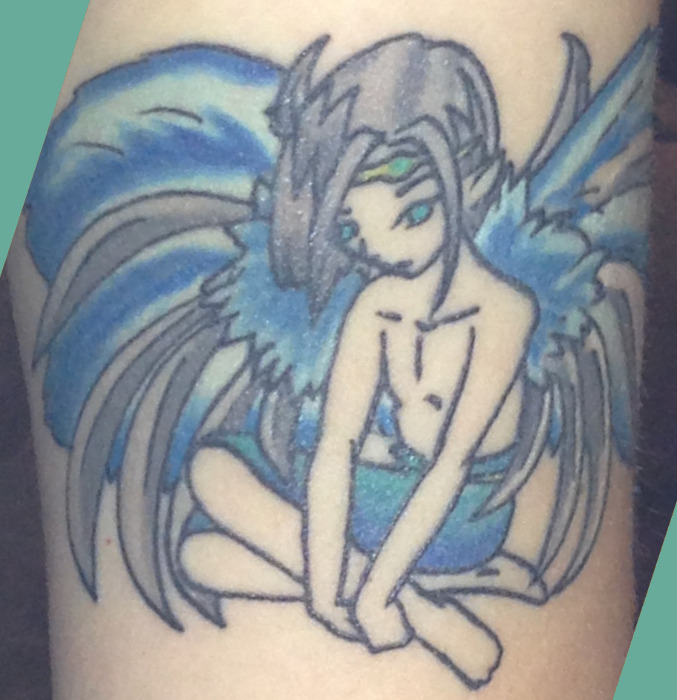 In 2014, Toby and I went to Kodiak and Sitka, Alaska while he was researching the US Russian relations in the Pacific NorthWest.

While we were in Sitka, I called my sibling to chat. They mentioned that they had an appointment to get their first tattoo.

I regaled them with our mom’s reaction to my tattoo. They were much more certain than I was in getting inked, which I thought was cool.

But it brought up further conversation – there was a piece of art my sibling had drawn, a winged boy named Esper – that I had hanging above my work desk for over a decade – that I absolutely adored, and was considering getting it permanently on my body.

When we returned to Florida, my sib took me in to the artist they’d used for their work at Valkyrie’s Tattoo. He took a copy of Esper, and made a few modifications, like widening lines, so it would make a better tattoo.

I was very impressed and pleased that his work was true to color from the original piece, using my ink-less skin tone as Esper’s skin tone. I love having this piece of custom art that I’d adored for over a decade on my person, because now I can look at it whenever I want.