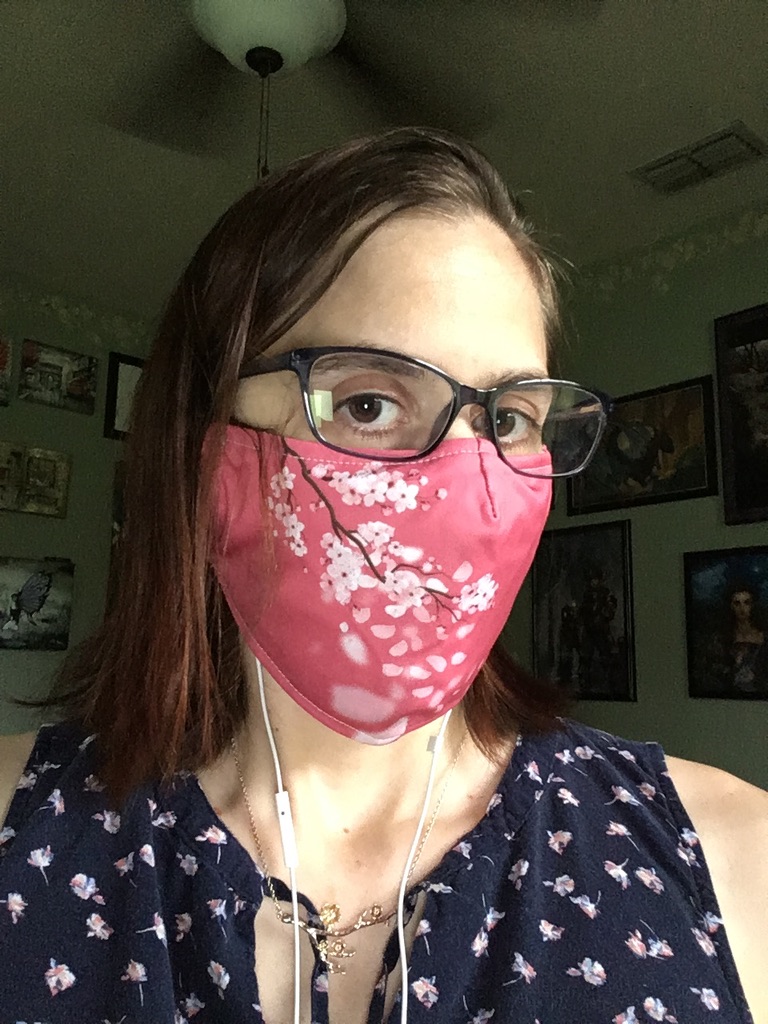 Let’s face it. Last year would get a 1 star review. You all know what I’m talking about in terms of the COVID-19 pandemic, the sh*t year in politics and leadership of this country, the violence and riots, and people turning on one another when what we needed most was compassion.

Among this there were other, smaller crises – some related to the pandemic, some not. I continued my psychiatry appointments, and took advantage of our Employee Assistance Program to get 6 free therapy sessions with my mental health required it. I watched a family member struggle with their work environment, ending with a resignation. I helped relocate family member to another state under rushed and stressful circumstances. A least 3 family members were impacted by illness that was not covid related, just to name a few.

Everyone was impacted in some way, both negative and positive. Everyone is walking away from the year changed.

The year was a struggle, but it was not without its higher points. I want my year in review to reflect the better things from this year.

In February I was excited to make a trip to Provo, Utah to attend the Life, The Universe and Everything (LTUE) Symposium, immediately followed by the Futurescapes Writers’ Workshop.

LTUE is one of those symposiums that I’ve heard good things about from authors I respect, but was unsure I’d be able to justify the flight expenses to Utah for it. When I applied for, and was accepted into Futurescapes, I took a week off work, and began planning. I attended many panels (mostly about writing) at LTUE, and reconnected with various friends, and made new ones. At Futurescapes, I took advantage of the various workshops that occurred in addition to the small group First Page, Query Letter and First Chapter reviews for my WiP, The Song of Stars and Shadow.

All in all, I had a good time, and was energized by attending the various events with other writers. Also, mountains and snow. Those were cool, too.

Living Online (Zoom for the win)

I was fortunate to have opportunities to connect with people via online platforms. Facebook was a constant, but my presence there tapered over the year. My geographically local friend group set up a Discord channel as an asynchronous way to stay in contact and support one another. My family started having weekly Zoom calls, and my writing dates and groups continued (with more frequent meetings for some) during the pandemic.

We had tickets to several shows and concerts in 2020, most of which were postponed, some cancelled. Many of the postponed were then cancelled (that one burned, fell over, then sank into the swamp). Fortunately, creators stepped up in the online platforms, and made sure we had plenty of creations to escape into.

Also, I got myself and Audible Escape account (Romance Novels!), and when that was sunset, I switched my subscription to audible plus. Since May, I have listened to over 300 audiobooks. Fortunately, much of my work can be done/ not disrupted by listening to audiobooks.

With the pandemic shutting down large venues, and travel grinding to a near halt, the opportunity to go to conventions and symposium dried up in March. For many, though, participants were up in the air as to what was happening until after the venues made decisions about if/ when they were shutting down. Fortunately, many of the writing conferences I was interested in moved to online venues, there were even more opportunities that I wouldn’t have been able to consider attending in person.

This cornucopia of opportunities left me with too many options, and did not take advantage of them as fully as I would have liked, but the opportunity to learn and socialize was great.

Everyone became well versed in Zoom as the university shut down, and every meeting moved to this video platform. I enjoyed seeing folks, and admired the different backgrounds and profile pics they used. I was on the Holidays Party Planning Committee this year, and because everything was in flux in the summer, when we would usually start planning, we went ahead with creating a Zoom party, with a background contest, trivia games, and breakout rooms for smaller conversations. It was frenetic, especially when not all participants could go to the breakout room of their choice, and I was the host, and the only one who could put people into rooms, but, again, those who know me will not be surprised when I say I enjoyed that urgent pace, and felt quite fulfilled and peppy after the party.

Spending all day in front of the computer resulted in many a box arriving on our front patio. Toby got me a skateboard, and we are waiting for better weather before lessons. I updated my kindle to a paper white, and got some really cool t-shirts (I think I’m up to a half dozen), 6 new work shirts, and four pairs of shorts – This is the most my wardrobe has been updated in a short amount of time since my last growth spirt. Oh, and who can say no to some swanky fashion masks?

I updated my garden this year, turning it into a flower garden, instead of an herb garden. Some of the plants I even grew from seeds. I would often do my gardening in the early morning, hanging out in the backyard with Emma before work, weeding and whatnot.

We started the year with 3 cats. In June we took over care of our newest addition to our furry family, Zoe. She’s growing, and luckily is getting the hang of things – like not clawing you every time she wants your attention, and to wait to get food after the others. Flynn was definitely acting the big brother in modeling behavior for her. These four have made working from home fun, and purr-filled.

I have a daily appointment with my murder every morning. I now have about 8 who come around for peanuts. Did you know crows can recognize human faces? Or that once you’ve had a murder for almost a year, it is more likely that you’ll type Corvid-19 instead of Covid-19?

My sibling and I visited the Santa Fe Zoo in February in the hopes of seeing the baby otters. They were napping when we were there, but we enjoyed seeing all the other lovely creatures cared for at this teaching zoo.

My sibling has come over a few times to work on puzzles with me. Emma always likes to help, and with Zoe we have to keep a basket of toys on hand to keep her distracted.

We have one family we’ve been quarantining with since they moved here in July. Most Friday nights we get together for game nights. The images below are some excerpts from Telestrations, and SuperFight.

In September, Toby and I drove up to Alabama for his half-brother, Colin’s retirement from the military. This was the first time Toby has met Colin and his other half-brother Kevin in person. Kevin found Toby on Facebook, and reached out to him. You can kind of tell they all take after their dad.

On the way home, our route took us through Tallahassee. We stopped in for dinner with my parents. They’d ordered pizza, and we sat across the room from each other to eat. I think this may be the only (masked)face-to-(masked)face visit we had with my folks this year. 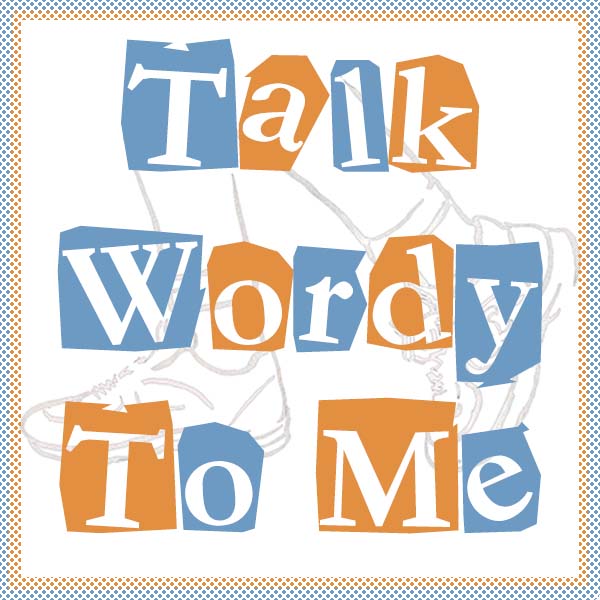 When the weather was better, Toby and I got out of the house for walks in our neighborhood, nearby neighborhoods, or to nearby stores. Without the daily commutes, these helped to differentiate the work day from after work. I also served as captain of our walking-team “Talk Wordy to Me” in the GatorCare Fall 2020 Walking Challenge.

Friends of ours moved to Gainesville in July, bringing along 34 boxes of books they’d been gifted in addition to their own library. They scored some really sweet shelves, and tossed the books on them to empty the boxes. I had a lot of fun helping to organize the books, into genre and then alphabetical by author. Those who know me won’t be surprised that spending weekend days doing this actually calmed me and improved my mood.

We ended the year having home improvements in our open areas, including new flooring, new paint, new lights in the kitchen, the addition of cat doors and cat boxes on the patio. This allowed us to get new furniture in some areas, and an opportunity to purge items from our house (3 carfuls and counting). I did a Facebook post with lots of pictures, if y’all care to take a gander at before, during and after pics.

Welp, we had the flooring in the entry, kitchen, dining and living rooms replaced, and Toby painted the walls in these same rooms. We’ve spent this week purging things and reorganizing.

Our local friend group got together just before the new year to hang out around a fire-pit. It was the first time I’d seem some of them in over a year, and in-person since March. My sib burned papers from a former job, and we spent time chatting, throwing in leaves, and staring at the fire, enjoying the fact that we were all in the same place.